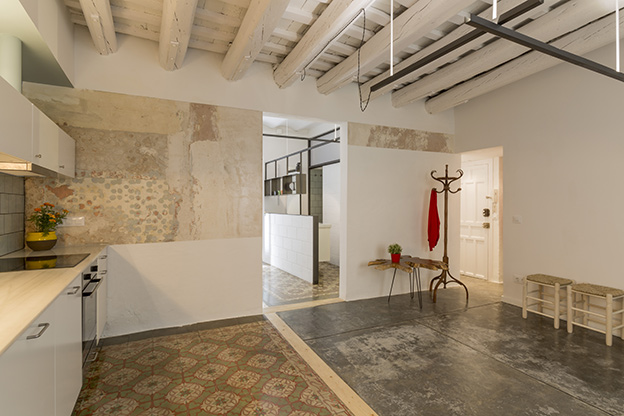 This impressive renovation by Nook Architectstook place in Barcelona’s gothic district: the challenge was to create a modern comfort space by preserving the original feel of the building. The project involved three apartments that needed to be renovated, the gothic palace they were in, and a limited budget. The first two renovations were CASA ROC and TWIN HOUSE, followed by ROC3. The projects, by architects Rubén Férez, Ana Garcia and Joan Cortés, succeeded in keeping the original details as well as adding a personal contemporary feel. 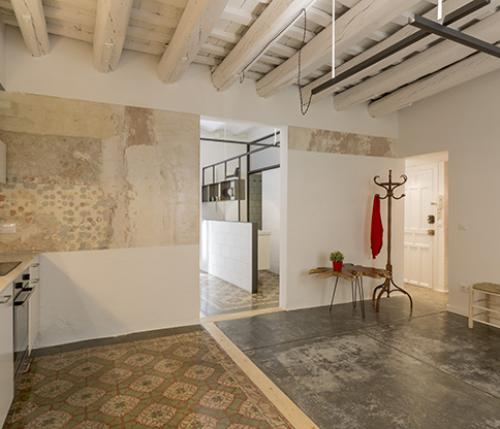 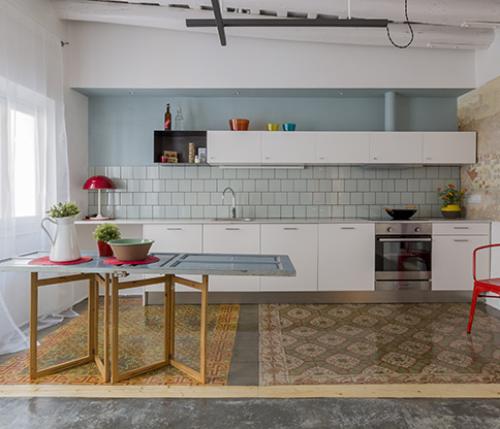 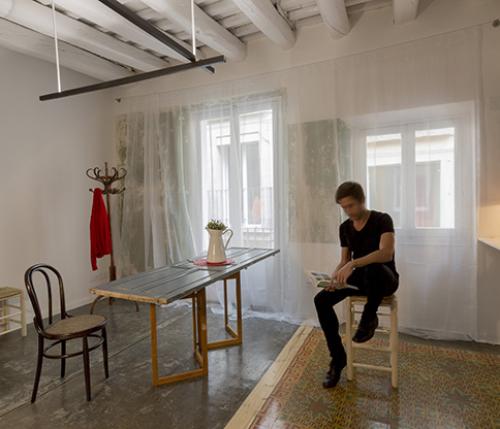 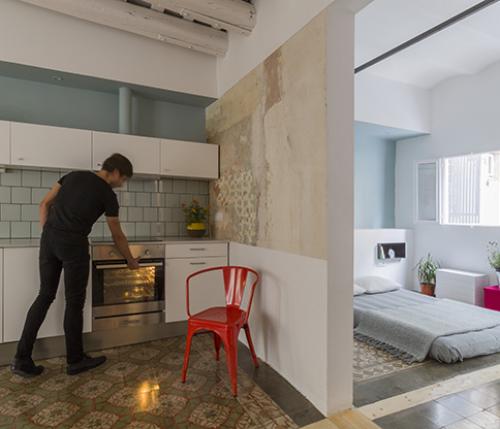 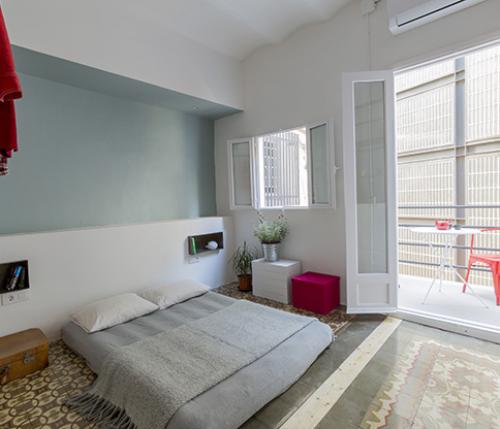 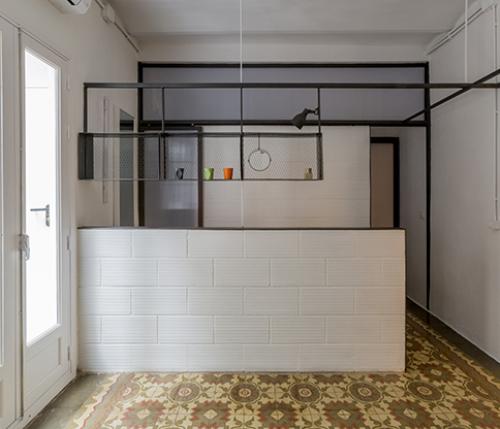 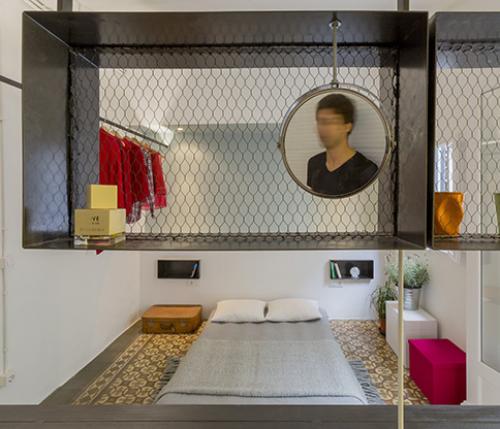 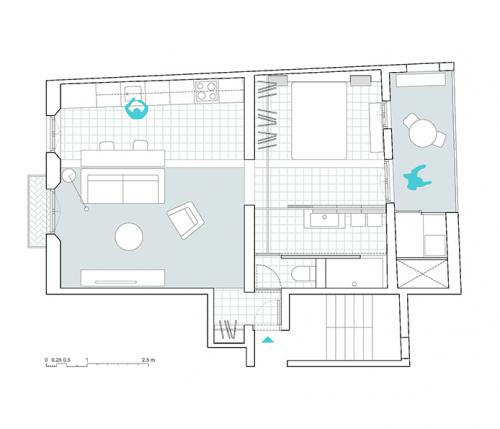 ROC3 features the original flooring as a reminder of the past of the place. The decoration is simple and neat, to contrast the irregularity of the space. The bedroom hosts a washbasin lit by natural light which creates a more open space, which can be also closed by using the recurring cubes which are employed in the other rooms as bookcases and wall units. The space is designed to be barrier-less with unconventional access to the rooms as proved by the bathroom which can be reached either through the master bedroom or the hallway. A stylish low budget solution by Nook Architects to bring a modern feel to the gothic side of Barcelona.