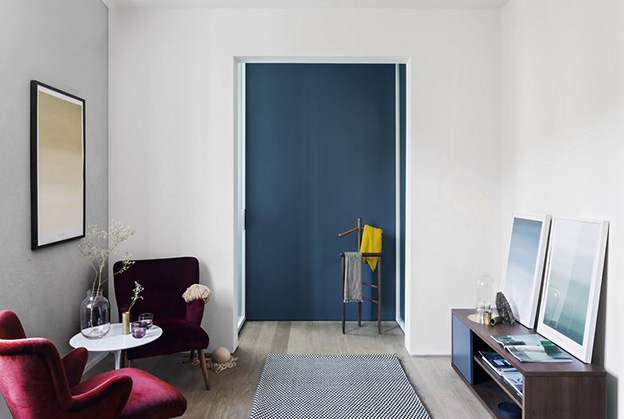 Located in Milan's lively Navigli district, today's 50 square meter apartment project goes by the name of Sought After. Before the renovation, the space - recently bought by a 30 years old professional - was in really bad conditions. Young architects from AIM Studio were challenged with the entire restyling of the apartment, in order to make it pleasant and functional, despite its narrow size. The project aimed at completely re-organize the space by solving several structural problems due to the age of the building. Only one element was preserved, the original bearing wall that separates the bedroom from the living room - which now features the kitchen as well. 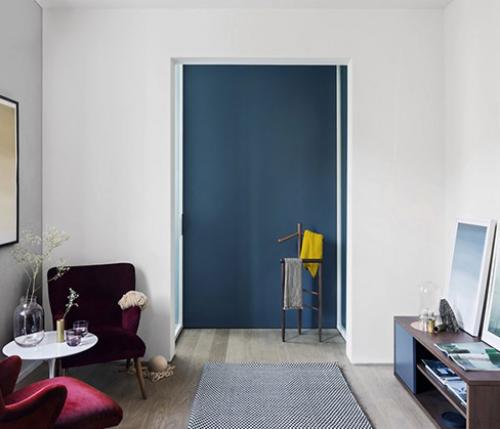 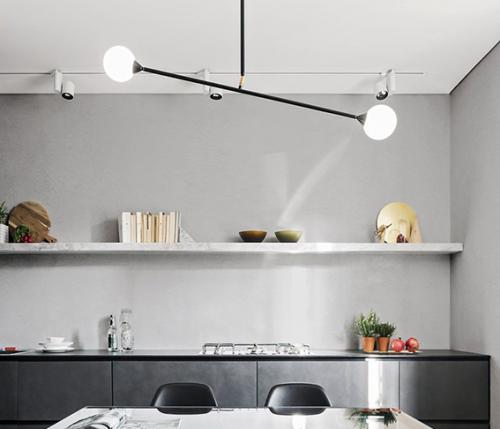 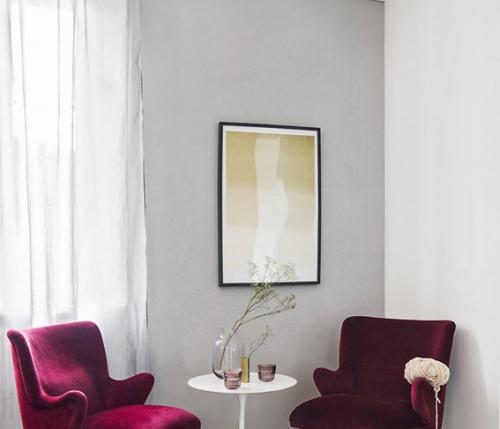 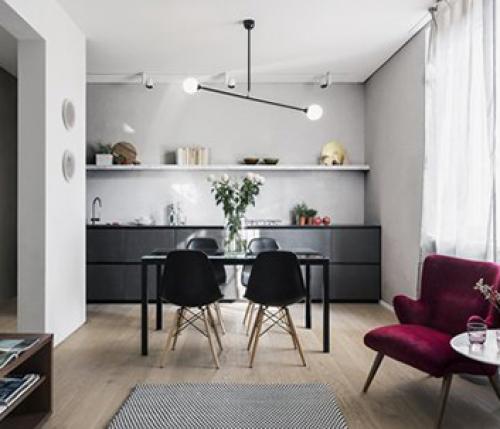 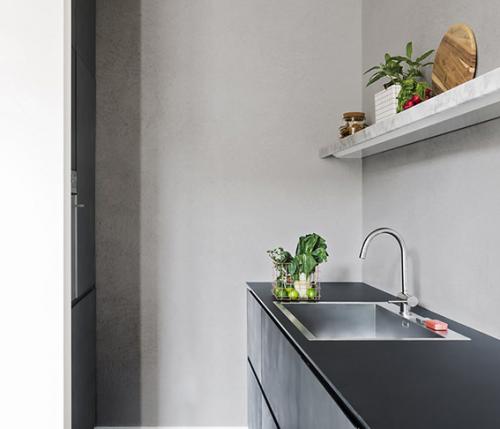 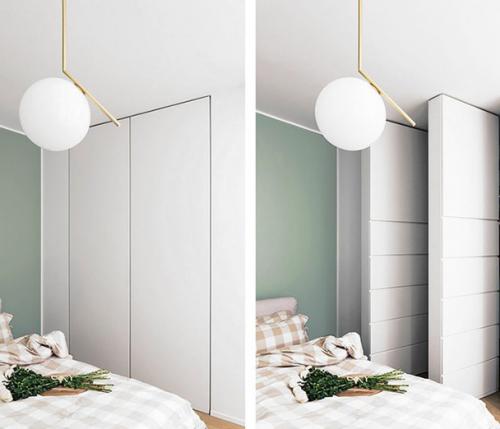 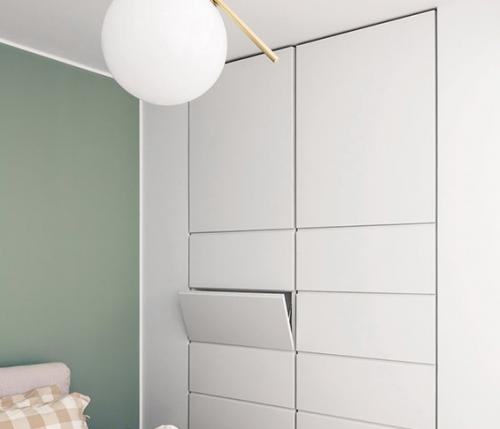 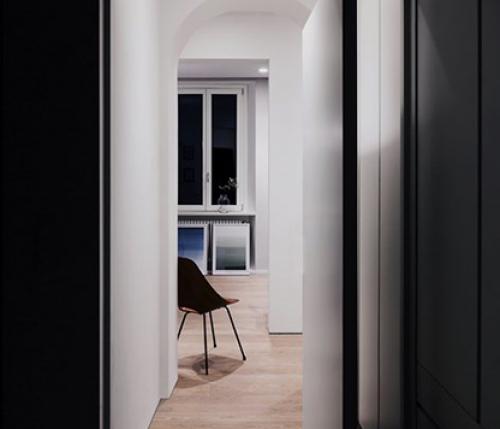 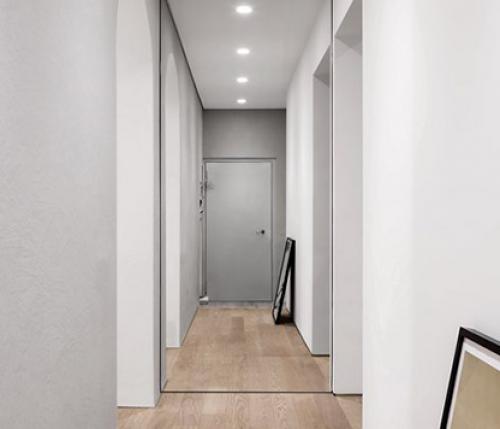 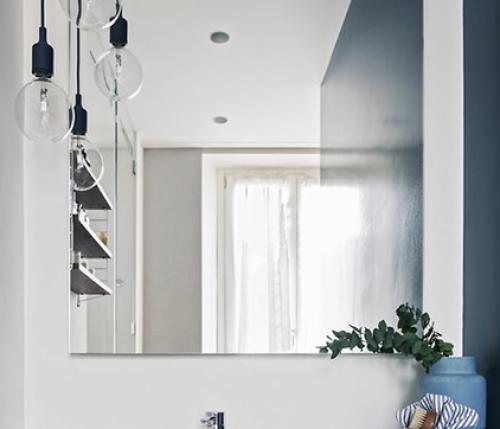 The aim was to optimize the space by also giving the client a more functional kitchen, which consists of one monolithic element made out of bronzed steel plates, with a LED lit Carrara marble shelf. The bathroom was turned into a personal wellness area: the shower is livened up by geometric patterned tiles by Patricia Urquiola for Mutina, bringing a Meditteranean feel to the space. The bedroom features a calm atmosphere thanks to a subtle palette that further stresses the separation from the rest of the house, embodied by a pivoting door. The room features a custom walk-in closet with 360° pivoting panels that also serve as dividing elements, as well as allow natural light to come in.