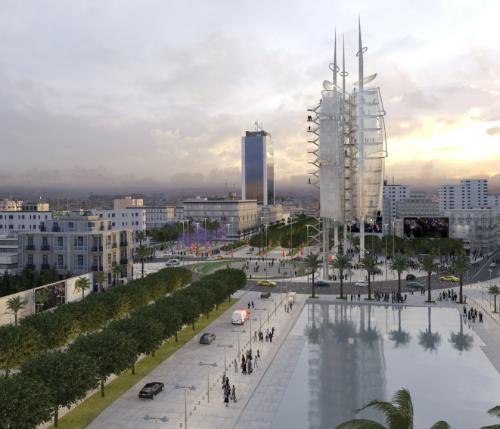 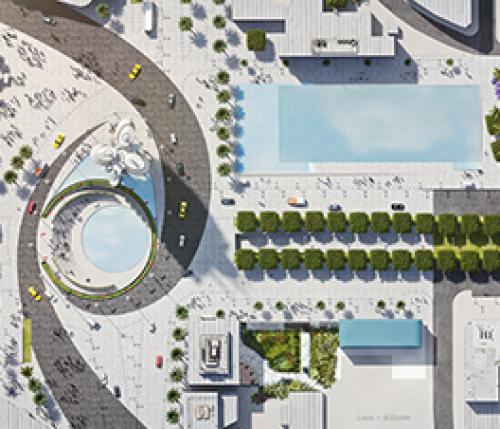 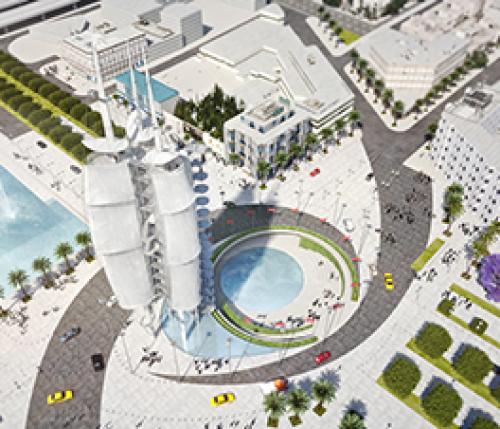 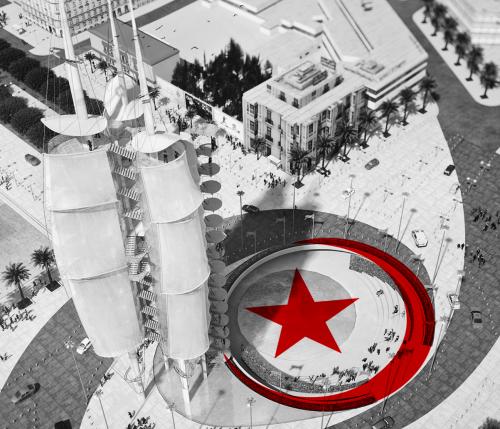 The Revolution Tower (World Social Center (WSC)) and the urban planning and design of the Square of 14 Janvier and its surroundings (Tunis, Tunisia)

Initiated by the foundation Symboles, the project is situated at the intersection of two main axes in central Tunis. The project includes the redesign of the Square of 14 Janvier and its surroundings as well as the construction of the World Social Center (WSC) Tower.
This project reflects the political will to express the ideological and social changes brought about by the Tunisian revolution that took place between December and January 2011.
Supported by competent political authorities, the project was managed within the foundation Symboles by the innovation adviser of Tunisian President Monsef Marzouki and monitored by his cultural adviser.
As an unprecedented project in the Arab world, the complex proposes a new vision for public space in the heart of the Tunisian capital by creating different types of civic space that are associated with multiple democratic practices. For example: the People's Agora at the center of the Square of 14 Janvier, renamed as the « Square of the People »; the Promenade of the People, with fountains dedicated to the martyrs of the revolution; the Garden of Liberty and the Garden of Delights; and the WSC tower which is houses spaces dedicated to social, economic, and artistic innovation.

The project's design process reflects and embodies the hopes and possibilities brought about by the revolution as well as their social, economic, cultural, artistic, architectural, and urban implications.
The studies were carried out by the Philippe Barriere Collective (PB+Co) with the local architectural firm Studio 3, and the engineering firm MB&Co. The project began in May 2012 and was abandoned in the spring of 2013 due to the political and economic degradation of the country.