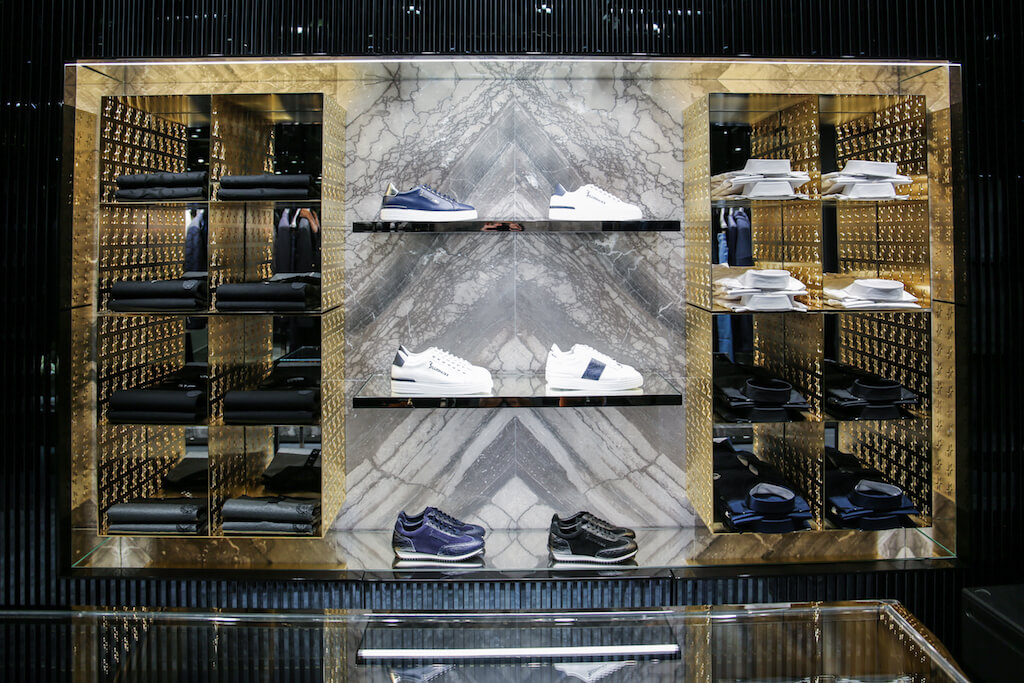 The new concept store of the Billionaire Couture tailor-made fashion house, designed by architect Claudio Pironi, was inaugurated in Paris, in the very elegant Rue Saint-Honoré, in the corner of Cour Vendome, a luxury incarnation venue.
To welcome the new flagship, which is spread over three levels, a building from the classic Parisian architecture of the '30s that has been the subject of an intervention aimed at enhancing its charm, in compliance with strong architectural constraints.
The protagonist of the store, in addition to the huge windows that grow in height up to 8 meters behind which you can glimpse the lion symbol of the maison, is the imposing Portaluppi gray marble staircase that connects the three rooms and offers visitors a feeling of grandeur, thanks also to the light totally addressed on the marble that highlights its extraordinary veins. And it is precisely the sequence of contrasts between light and shadow that makes the concept unique, while in the background the walls, covered in smoky-colored mirrors, create a game of intimate reflections that amplify the sensory experience of the store. 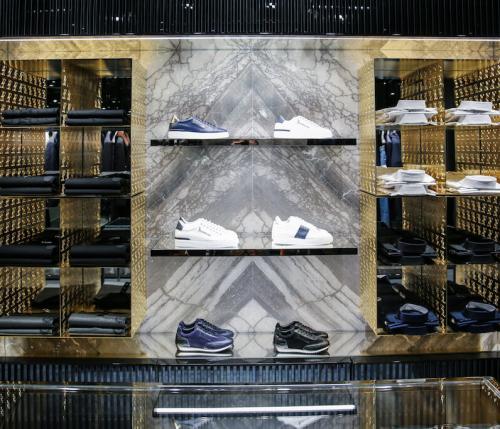 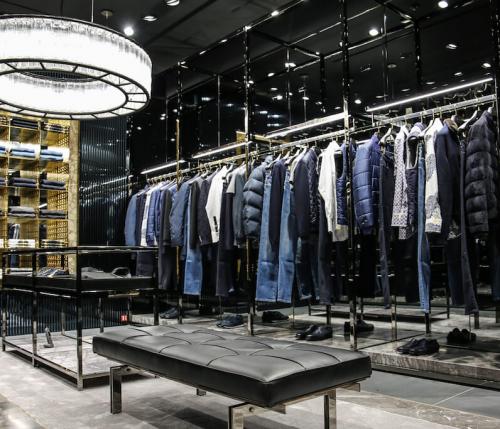 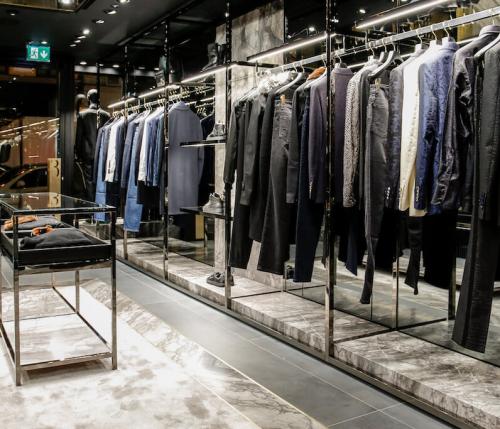 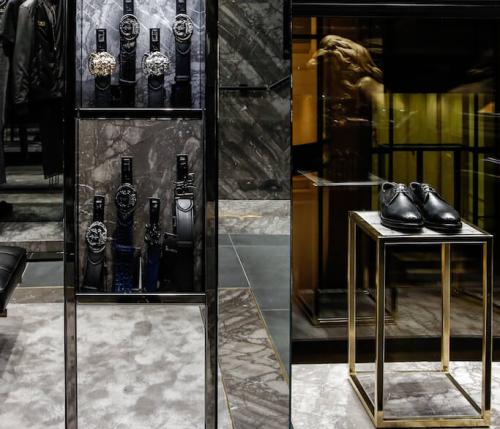 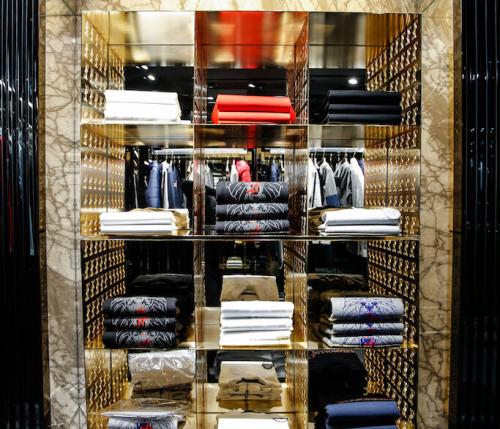 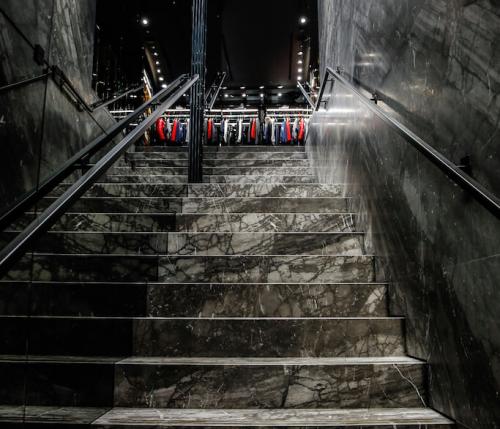 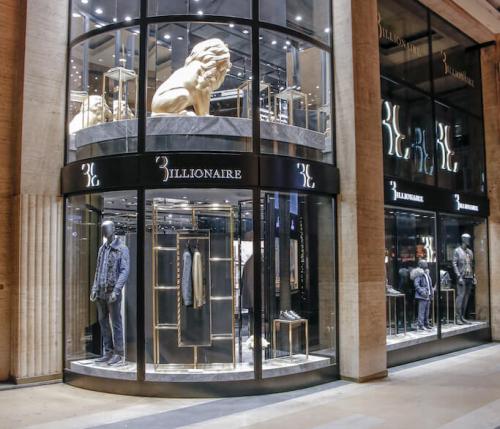 Thus the idea of a space is developed as a sequence of emotions forged in materials and geometry that gives visitors a harmonious environment in a play of light and shadow inspired by classical tragedy.
The atmosphere of the store is characterized by dark environments, where the light is totally directed towards the product, projected vertically. Just as in the theater the actor is enveloped by a cone of light moving on the stage, in the same way, the architect Pironi, duplicates the amount of lighting on the clothes, exposed in large niches, in order to enhance them to become the actors themselves protagonists of the entire store, as in a real mise en scéne.
The paving is gray asphalt surrounded by a Portaluppi gray marble frame that emphasizes the environment and harmonizes with the brass elements, such as the big lion, regal animal and brand symbol.
The new Billionaire flagship store in Paris is only the first in a series of retail expansion projects that since 2019 are aiming to expand also in Asia and the United States.