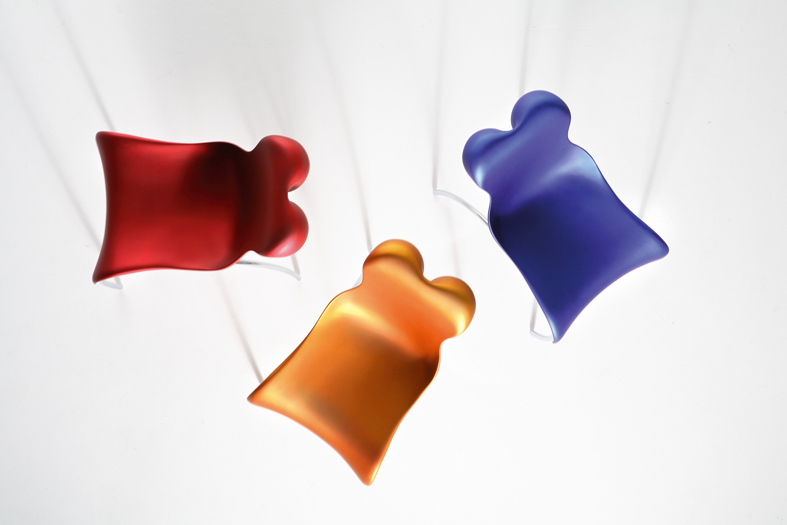 Last summer I visited “La Civitella” archeological museum in Chieti, whose café was designed by the very same artist who conceived and created from scratch the chair I recommended to one of my clients. His name is Franco Perrotti, a.k.a. Rude Bravo, born in 1953 in Abruzzo, Italy.
Architecture student in Pescara, he moved to Milan to attend Polytechnic Design School. He worked at Centro Progetti Tecno in Milan for 9 years, designing showroom & events staging and collaborating with several firms to produce office and home interior objects. He moved back to Abruzzo in 1997 to found the "Rude Bravo Design Workshop", a creative lab that produces objects, projects such as the above-mentioned chair. 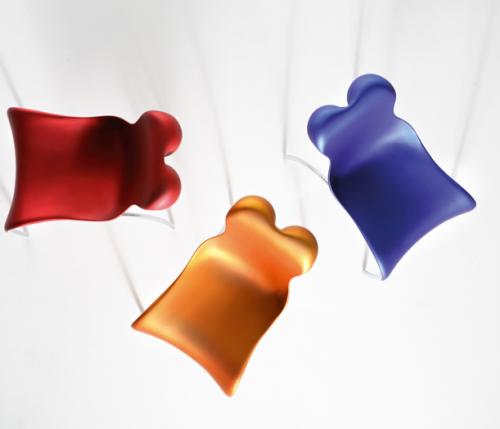 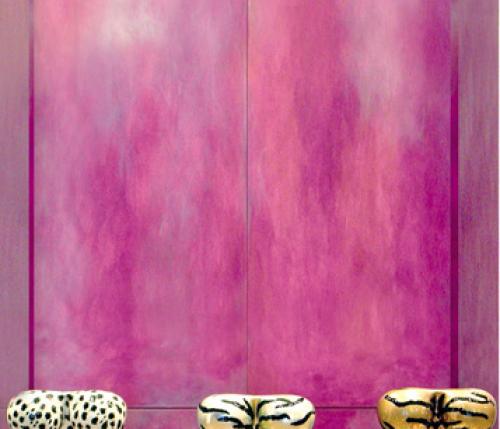 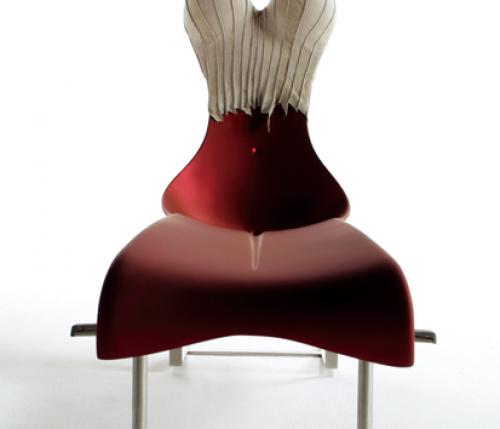 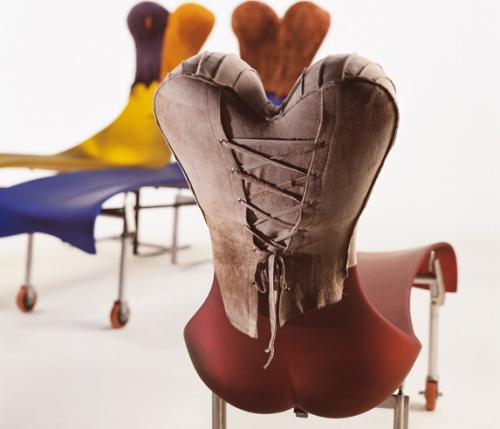 Silicon Hills part 1 is a chair inspired by the feminine body in detail: the seat is a woman’s rear end whilst the outer part of the back represents two breasts. Rude Bravo gives a soul to the raw material he employs: his creations are not just useful objects but most of all design pieces aimed at astonishing and actually thrilling their users. Rude Bravo’s work means continuous research and experimentation in terms of materials: this chair is made of polyuteranic resin whilst the frame work is made of either chromed or coated rust metal. It features several types of decorations to choose from such as silver tiger, leopard, zebra or Dalmatian skin. Silicon is a historic piece of design: made in 1996, it belongs to 1997 inventory whilst Silicon Part 2 is dated back to 1999.
Displayed during the 2007 Salone del Mobile Fair, the chair has been followed by Silicon Hills part 2, a sort of “stretched” version of the part 1: it is chaise longue inspired by woman’s body made of polyuteranic resin and neutral varnished raw iron. In this case the breasts are movable and can be used as headrest, covered by a hand-sewed leather corset reminding of burlesque costumes.