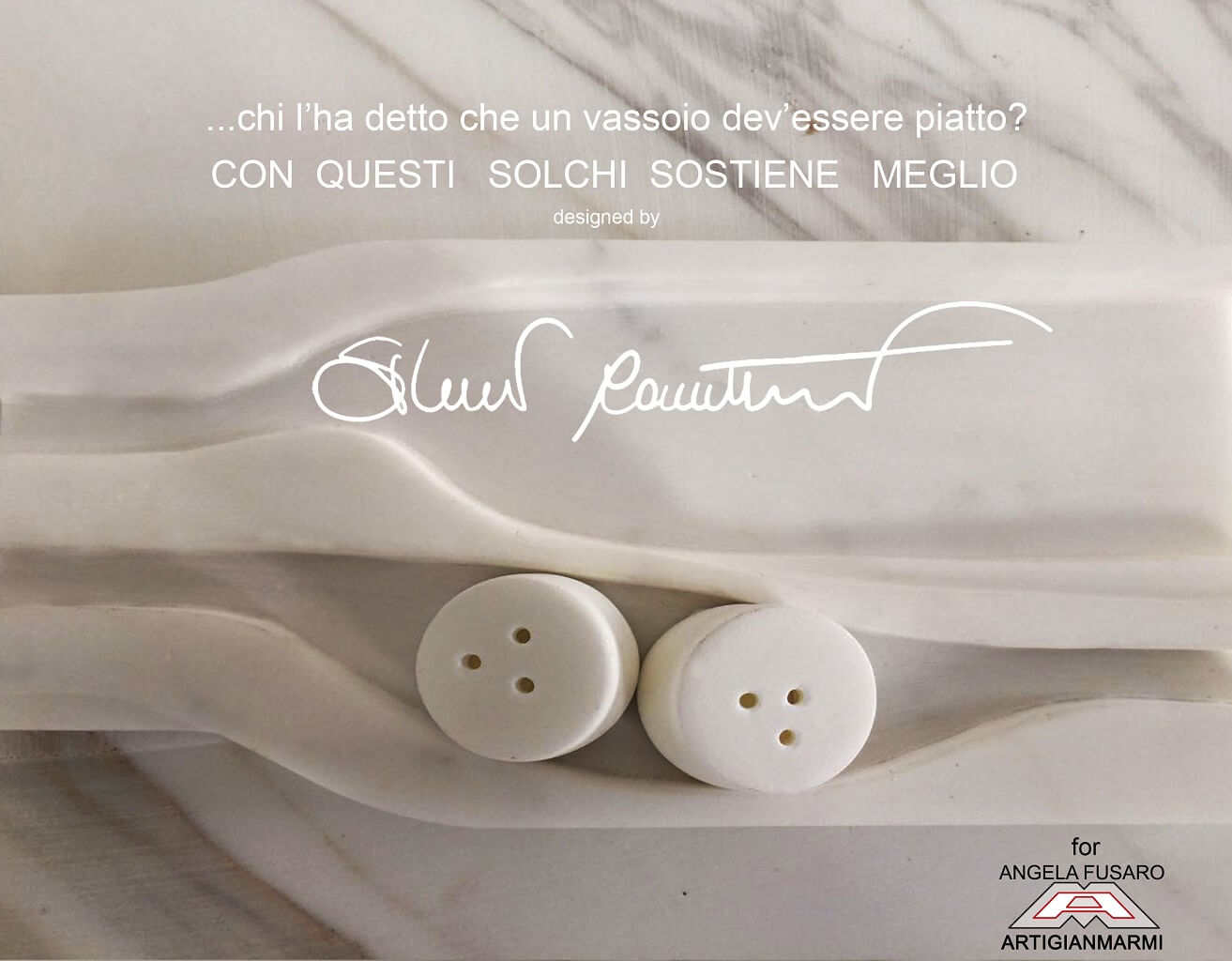 "Shaping in depth for a lightness that leaves the sign" ... with these words the designer Silvia Cassetta introduces her new collection of functional marble pieces with a strong visual impact, born from the meeting with the businesswoman Angela Fusaro, director of Artigianmarmi company of Andria, in Apulia. A new project that combines a formal and architectural research of winding lines, but defined at the same time, with a craftsmanship on the materials capable of enhancing the expressive power contained in the stone.
The peculiarity of these unique design pieces is contained in a method, a simple one, that the designer wanted to pursue for the company. In addition to the design drawings, in fact, Silvia Cassetta has wanted to draw directly on the stone, to strengthen and control an "Act", fluid and decided that the handicraft work
of Angela Fusaro’s company has been able to make the best. 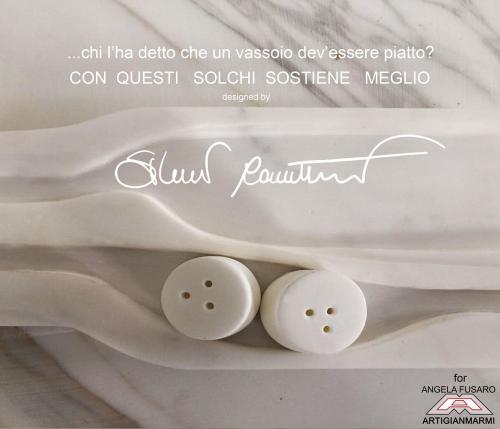 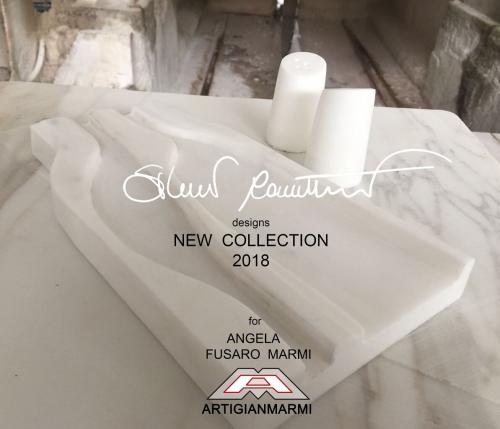 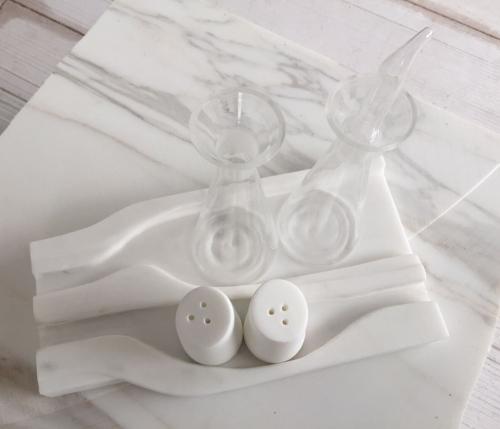 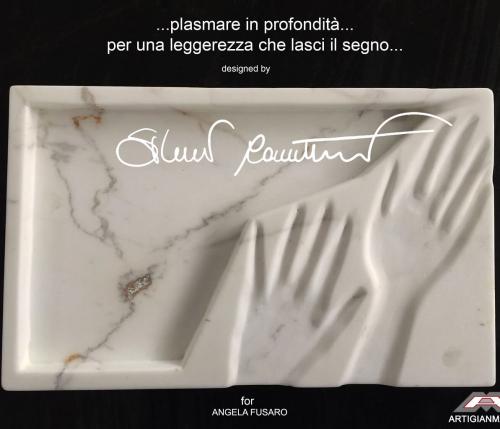 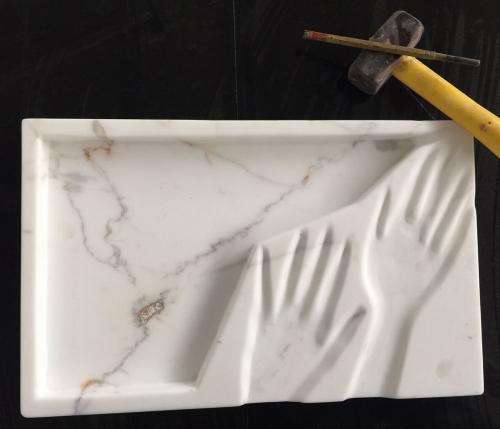 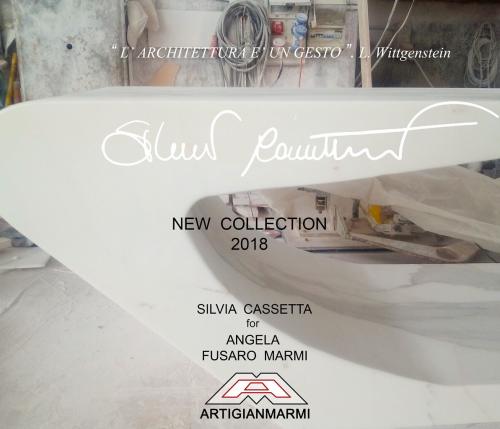 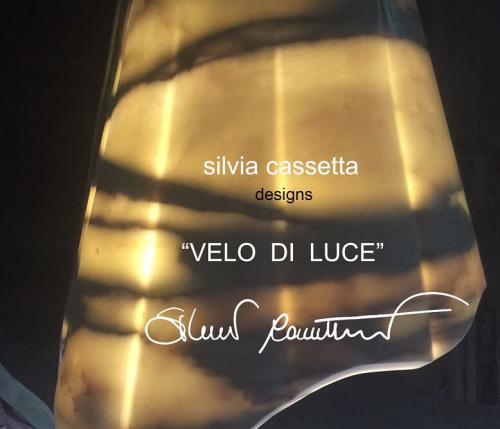 The goal is to give lightness to a hard material such as stone and marble; this is how "Velo" takes shape, a series of chandeliers that recall the softness of a drapery; a Coffee-Table consisting of an energetic line and other lively products made of Calacatta marble. The collection also consists of a special tray with the imprint of the hands of the designer, almost to suggest that each of us is free to leave its own mark and make a personal tray or give a memory on the stone.
With a strong impact is definitely "HoldUp", belonging to a series of trays for the table and Home Decor and now available on our online shop. Its particularity is characterized by the presence of grooves drawn on the stone, consisting of flowing lines in succession, where to place the objects, which find in this way, their stability, without risk of falling, as happens on a tray normally flat. Not only lines, therefore, Silvia Cassetta always tries to draw compositions that contain significant gestures, as a support to give a functional and lively energy to the material, which takes shape, expressiveness and acquires an extra logic.