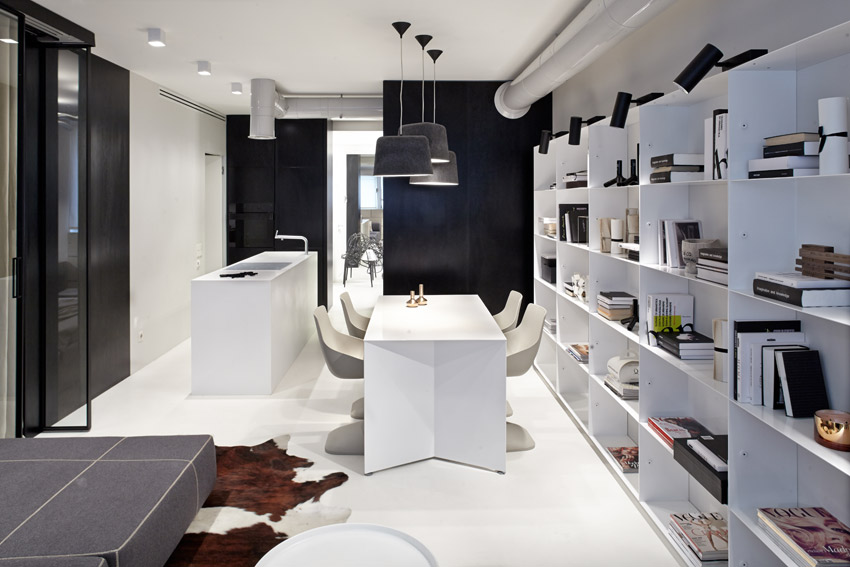 The exclusive location of a skyscraper for a very interesting interior design work located in the capital of Ukraine. The project is by Olga Akulova studio, based both in Kiev (Ukraine) and Bournemouth (England), launched in 2001 by the namesake founder.
At first glance the apartment states right away its main qualities: monochrome and functionality. The principal color is in fact white, interrupted by its opposite, black. Another characterizing trait is the space openness, created to avoid any closure effect in order to offer the most enjoyable living area. 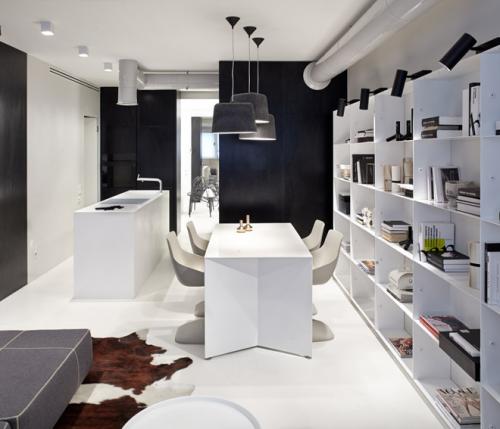 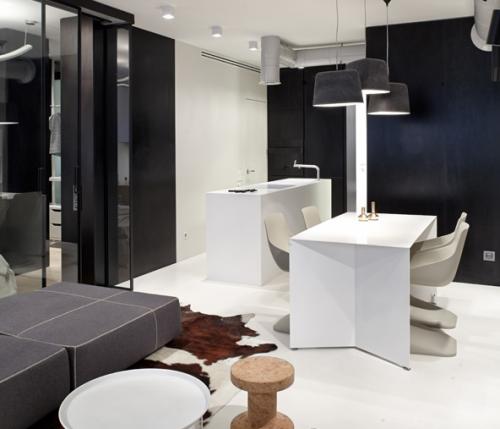 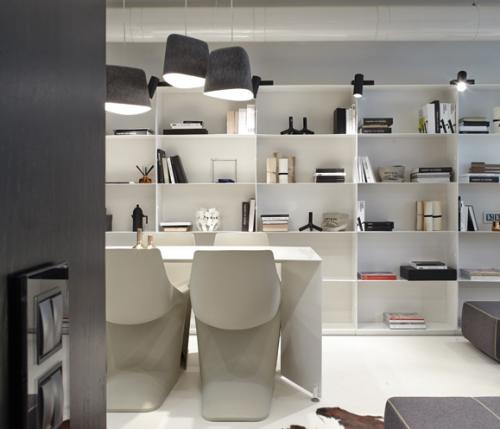 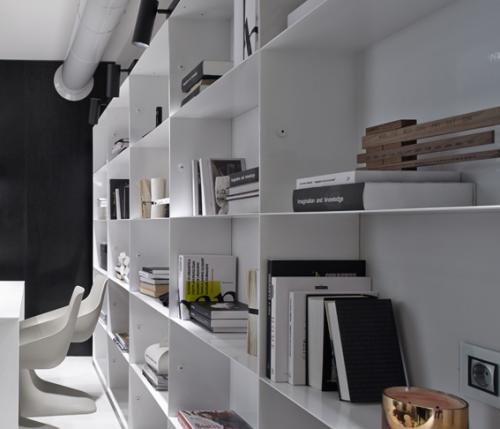 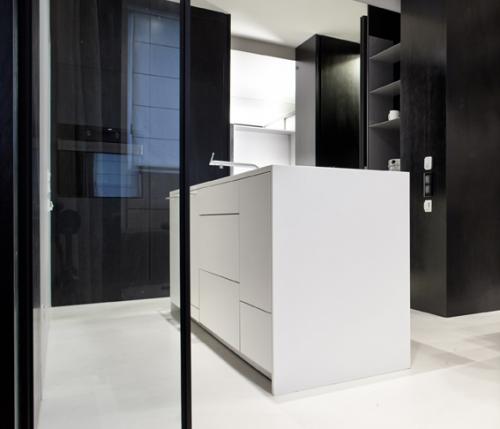 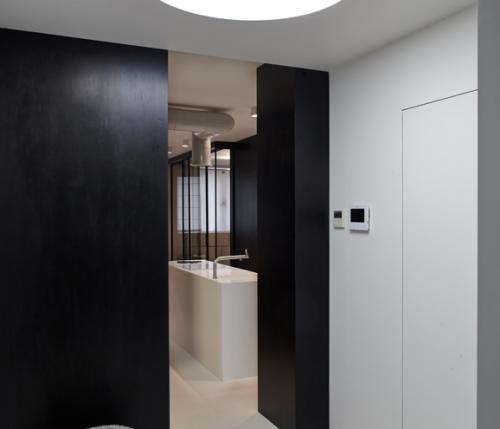 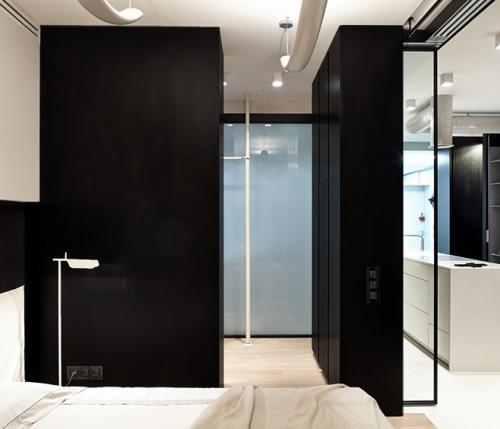 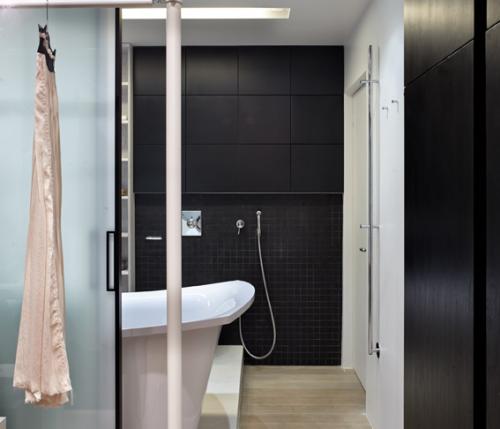 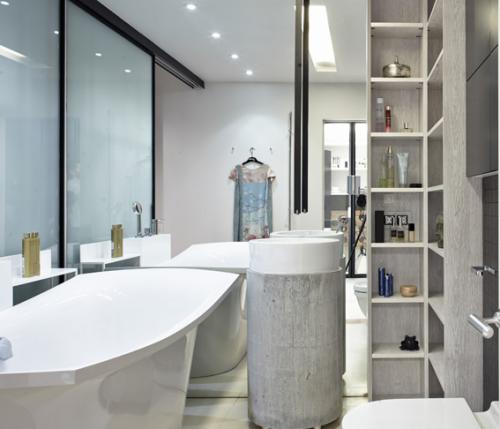 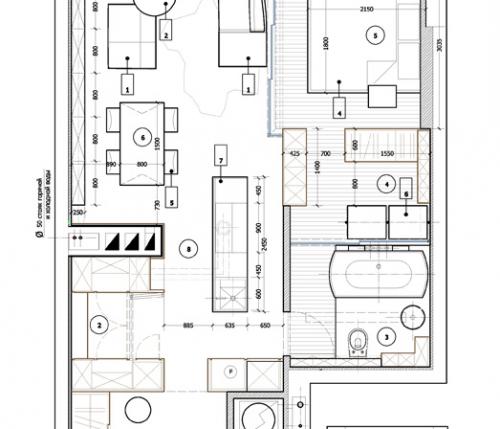 To that end, the Olga Akulova studio chose to employ a sliding glass door to separate the living room from the bedroom. In this way, despite its openness the apartment can offer privacy to its users by dividing the public and the private areas. The latter is actually an individual-oriented space, featuring a bedroom, the master bathroom and a wardrobe area, which are separated but at the same time attached to the rest of the apartment, creating a very long continuum. To give even more value to the project, a special mention is deserved by the master bathroom which features an astonishing concrete sink located beside the bathtub.
The public area is also characterized by four other spaces: the guestroom, the laundry, the bar cabinet corner and the entrance, which all together create an area whose shape is similar to the private one. The central room of the apartment is undoubtedly the living room, which features a long grey sofa, metal bookshelves and two islands that respectively define the kitchen and the dinner table. Scattered on the polymeric ultra-white floor, these pieces of furniture add a certain movement to the interior, further enhanced by another successful feature, the bright natural illumination.