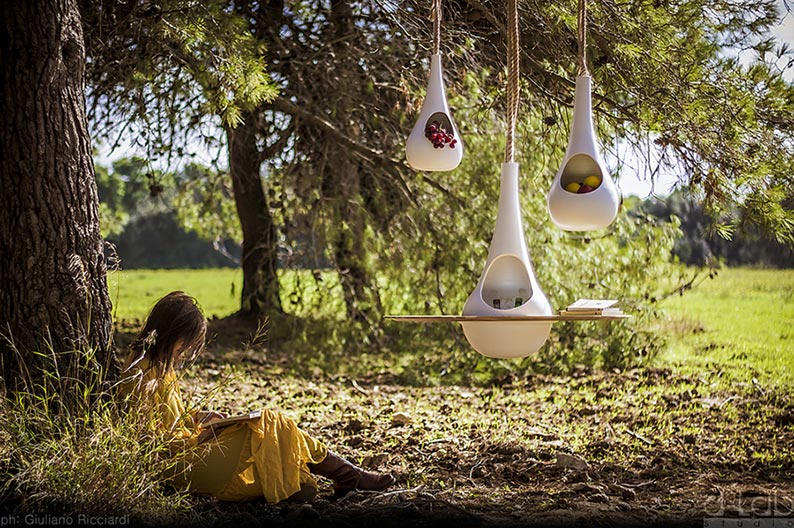 Chiglia is the Italian word for keel, that is the skeleton of a boat.
«The concept of the table was inspired by such skeleton: I consider this project very important as it represents my debut as well as an homage to the maritime tradition of Taranto, my hometown ».

Which wood did you employ for Chiglia?
«Chiglia’s skeleton as well as its other components are made in solid oak wood ».

How did you attach the “vertebras” to the central leg?
«Each element is meant to accomplish a certain function: the vertebras sustain the glass top and also connect to the central beam thanks to a swallow-tailed joint. The beam supports the whole structure and leans on two trestles that recall those employed to upkeep the boats».

The result is an interesting unique piece of design. Is it resistant too?
«The whole project relies on specific wood joints that make the structure resistant as well as screw and metal-free». 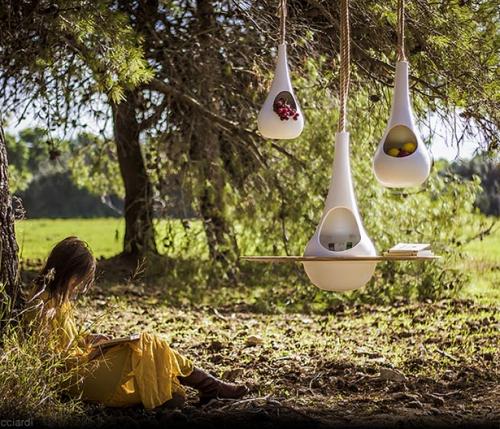 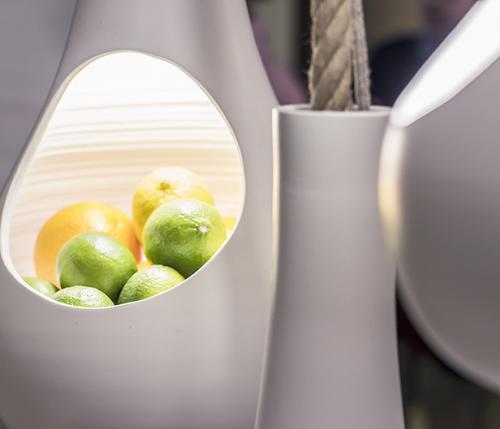 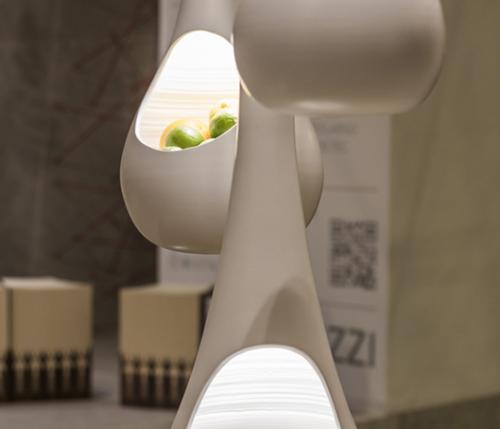 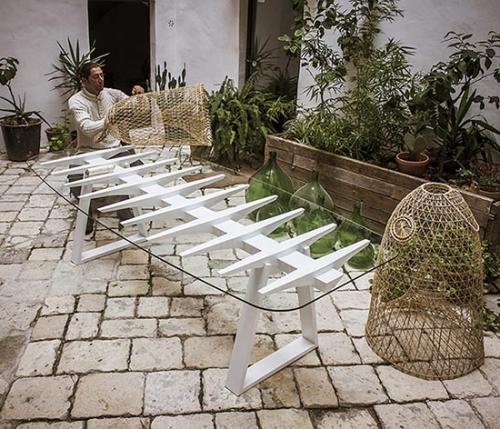 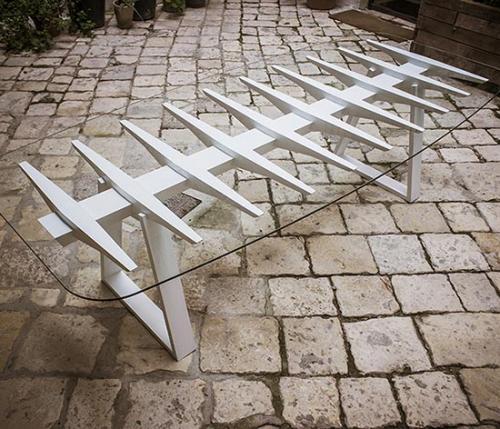 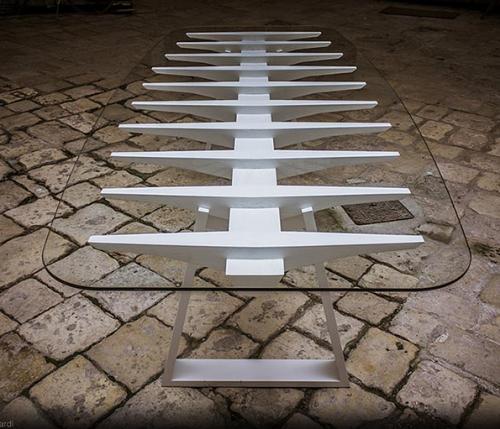 Is it customizable?
«Over a year ago d-Lab Studio www.dlabstudio.it was asked a custom version of Chiglia to be put in the conference room at De Candia Rappresentanze. The result was so successful that I decided to name it Chiglia 2.0. In general, you can customize the table in terms of wood essence and size, still respecting the proportions of its original models».

Goccia is a multipurpose case set: how can we use it?
«It’s a suspended container to be employed both inside and outside, in the living room as well as the kitchen: being made of ceramic, it can hold several different items (a blanket, a magazine), food and even ice for your drinks. Beyond being a container, it is also a LED lamp, so it lights up what’s inside and also creates a pleasant atmosphere all around. Its multifunctional side makes it a unique product which I’m really proud of».

What led you to the creation of Goccia?
«Goccia is a concept that I produced almost by accident. The original project was a smaller variation to be used as my suspended business card holder during the 2014 Design Week; by tracing a line on the sketch, which ended up being the oak top, I also created the bigger version, and consequently the set».

How do you use your personal Goccia? How big is it?
«I use it for my homemade happy hours, while the Mini and Medium variations - for instance - host spices over the kitchen top. As suggested by a London-based colleague, you can also collect many Minis to create sort of a unique curtain to separate two areas of the same open space».