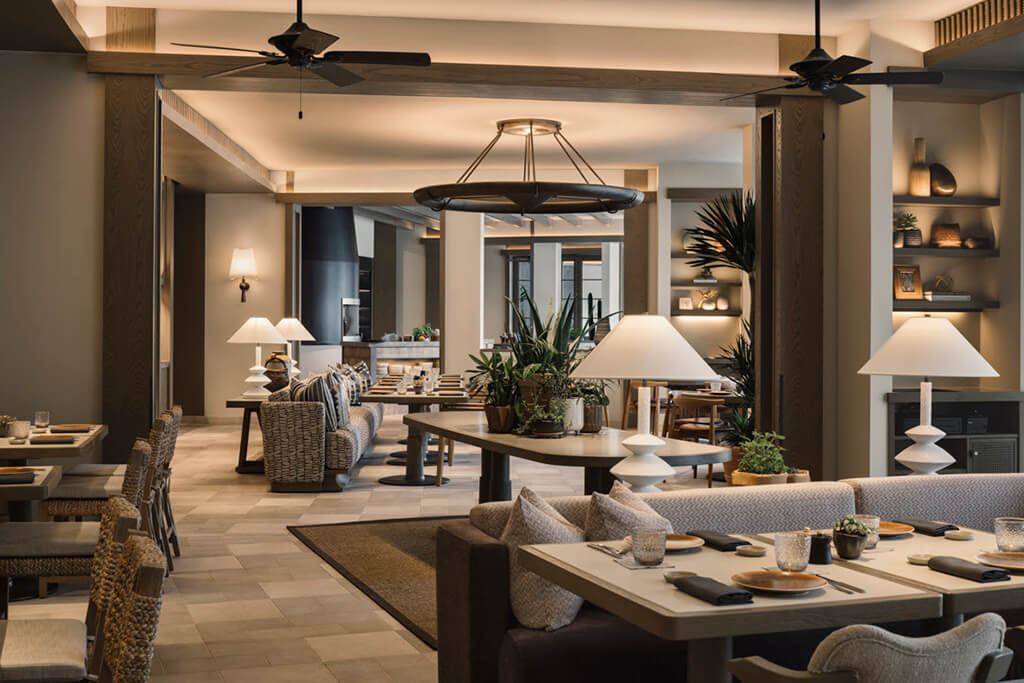 Mauro Colagreco, the Italian-Argentinian three-Michelin-starred chef, is set to open "Fiamma", a new restaurant in Singapore located inside the Capella Hotel.
Named after the Italian word for ‘flame’, the 138-seat Fiamma takes over the resort’s former in-house restaurant, The Knolls, in a long crescent-shaped space that opens out to an incomparable view of the triple-tiered lava-stoned swimming pools, a tree-line of thick tropical foliage and Banyans, and the South China Sea beyond.
Early in the design process, the designer André Fu asked Colagreco what he was aiming for with the menu:

“We had a dialogue about the Mediterranean flavours, the honesty of the ingredients, and the atmosphere he imagined the food would be served in. The resulting design is a reflection of those conversations that also subtly traces Fu’s own European coastal experiences and his intention for diners to feel both the expected and the unexpected.” 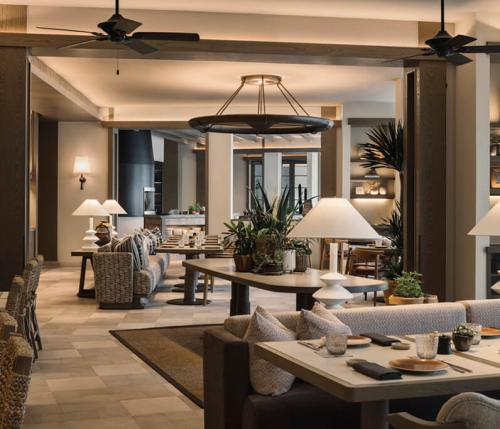 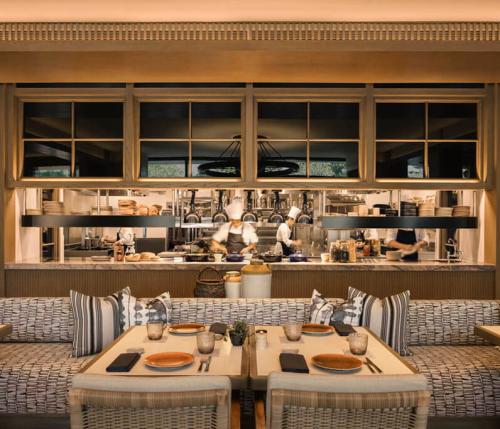 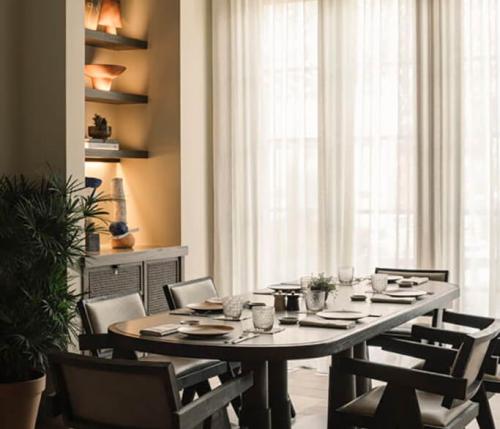 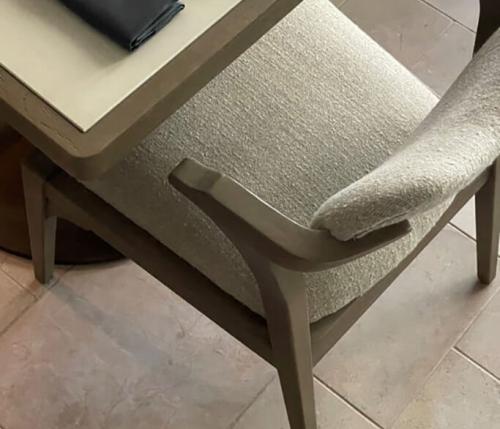 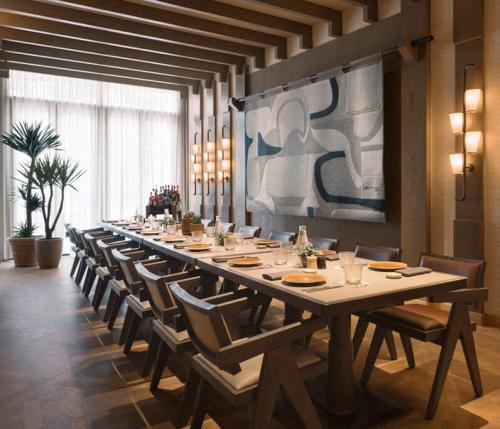 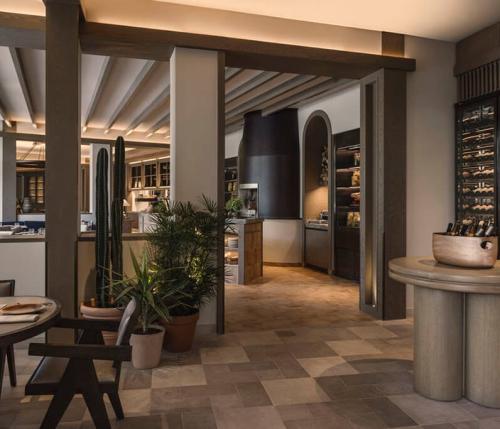 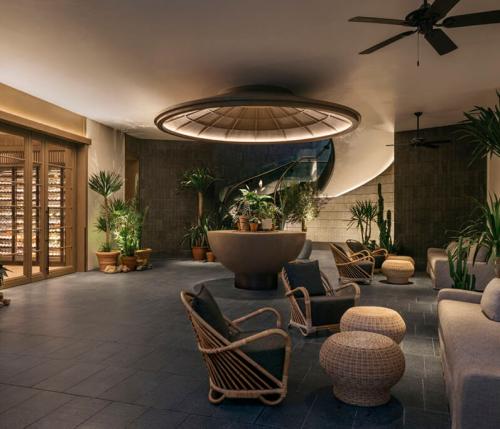 To achieve this duality, Fu divided Fiamma into six layered experiences, each room being unique in its design and function, but whose sum of the parts is unified into a single cohesive experience. In fact, all the rooms look out into the sixth “room”, a 30m-long terrace lined with hardwood outdoor furniture. Covered with an awning of orange and beiges, its form follows the gentle contour of Fiamma’s elongated crescent shape.
There is a beguiling simplicity to the restaurant’s design. It’s chic in a quietly understated way. No single colour commands the eye’s attention. Instead, the restrained design palette reflects the hues and textures of the tropics.
The furniture and fittings, in particular, are an eclectic mix that murmur of relaxed, intimate luxury: a bespoke bronze-cast chandelier in the dining room, walls clad in raw stone and handcrafted plastering, floors swathed in Portuguese Giallo marble, and handmade terracotta tiles in the bathrooms.
For Fu, Fiamma represents a unique opportunity to showcase, both aesthetically and emotionally, the allure of Capella Singapore as an island retreat that is, nevertheless, just twenty minutes from the bustling heart of the city. Though known for the intellectual rigour and symmetry of his work, Fiamma’s setting and menu have allowed Fu to incorporate a touch of deconstruction and rustic modernism.

"Fiamma is Capella Singapore’s living room and dining room”, Fu says, “I want people to think of it as a place to just hang out all day. Much like you might do in a luxurious retreat in the Mediterranean in the summer. It’s a place that’s not overly casual, nor overly rigid. To that end, the design is an amalgamation of experiences, of individual moments stitched together with tactile materials and considered colour swatches. Every room quietly references the exterior setting, first the vast terrace with its Balinese pools, then the layers of nature, and finally the sky and sea beyond. In this way, the exterior is no longer a backdrop to the restaurant. Rather, it becomes something that the diners constantly refer to."

On every metric, Fiamma is a snapshot of both Fu’s evolution as a designer and his commitment to context: to understand what makes a project unique and then to work hard to enhance that quality. For Capella Singapore’s general manager, Yngvar Stray, Fiamma, its design especially, perfectly captures the mood of the resort:

"It’s been so exciting for me to watch this restaurant unfold. The design is completely in sync with Mauro’s food and his style of cooking: it’s a little bit deconstructed, it’s a little loose and it’s completely contemporary without being uptight or contrived. It’s incredible to me how André has achieved this sense of escapism not just for Fiamma, but also the resort itself."