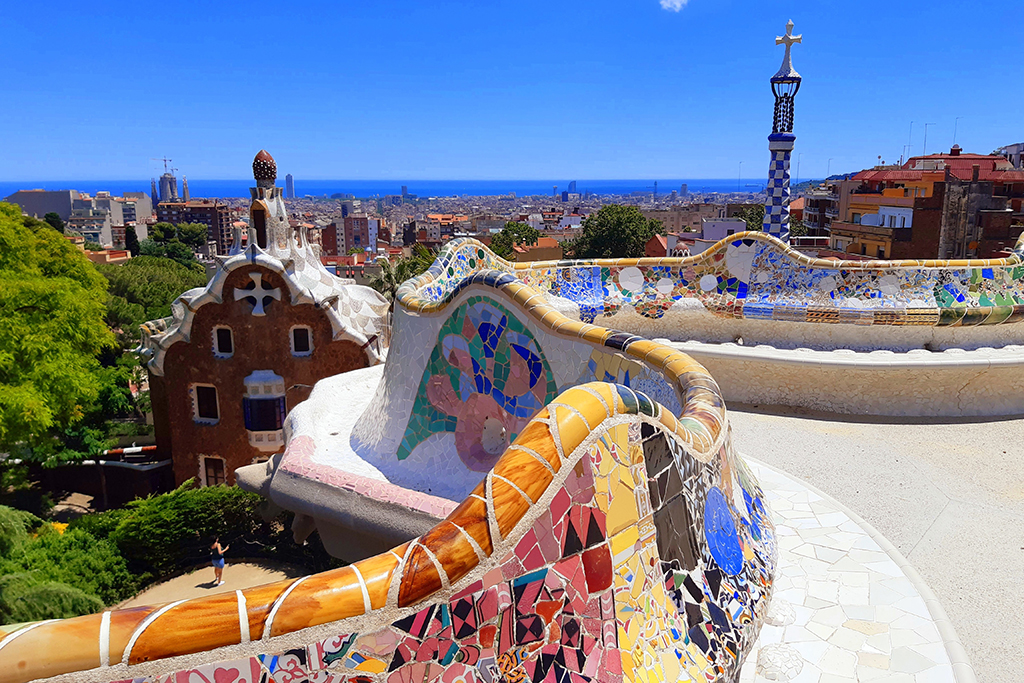 Whether it’s the fanciful spires of Gaudi’s Barcelona, London’s Brutalist theatres or the Le Corbusier buildings dotted across France, Europe is a dream for architecture fans. With its Roman monuments, Gothic markets, Rococo palaces, Cubist department stores and Georgian homes, the continent offers a breathtaking array of history and style.
"One of the things that make European cities such magnets for evocative, world-class architecture is the contrast," explains travel writer Zoe Baillargeon. "In places like Paris and Bergen, historic buildings sit side-by-side with avant-garde contemporary creations, making the cities themselves works of art worth contemplating on casual walks."
As a result, Europe’s architecture is some of the most photographed in the world, and regularly features among the entries of many prestigious awards and exhibitions. Multi-award-winning German photographer Sebastian Weiss, aka Le Blanc, loves to shoot in Europe, listing favourite cities including Berlin, Helsinki, Reykavik and Valencia.
"Every city has its individual architectural language, with its own vocabulary, syntax and intonation… I am fascinated by the many architectural facets of our urban living spaces and I am thrilled when I am able to discover new letters or words," he says.
It's not just photographers who enjoy studying these buildings either. "Architectural photography sells an experience, allowing viewers to imagine themselves interacting with the space," writes Sydney Franklin in Architizer. "In fact, seeing the built environment through a photographer’s eye, whether you like the image or not, can help you discover what personally attracts you to this world."
Ready to learn more? Read on for our guide to some of Europe’s most photographed buildings and why you should see these landmarks for yourself.

The Barbican, London, UK
Photographer Ian Howorth describes the capital’s ambitious Grade II-listed complex as 'Brutalist architecture’s poster child.' Built in the aftermath of the Blitz of World War Two, it is an estate comprising apartment blocks, schools, a church, a library, an artificial lake, a theatre and cinemas.
Love or hate its imposing concrete appearance, it is without doubt one of the most striking examples of architecture in the UK and the subject of numerous photographic essays.
Howorth praises the curvature of its famous crescent and its stark lines. "Bringing it to life is very much about finding the angles and of course the natural contrast that texture and light can provide," he adds. 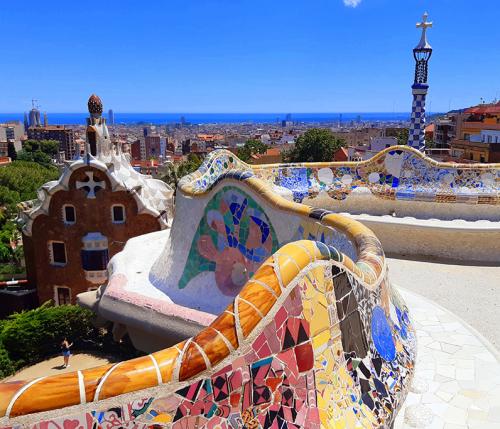 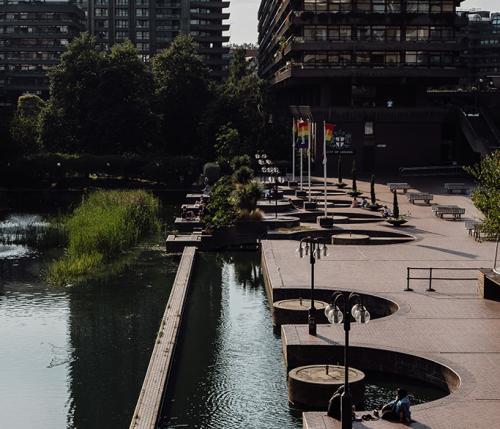 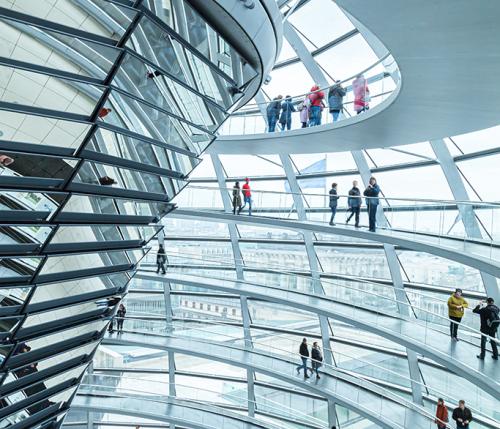 Congress Centre, Basel, Switzerland
Designed by celebrated Swiss architects Herzog & de Meuron in 1969, this stunning conference centre features an undulating aluminium façade and a circular roof cut out to give views of blue skies.
Photographer Philipp Heer, whose Instagram account celebrates avant-garde architecture, has taken numerous photographs of the centre but says he can never resist shooting it again whenever he is in Basel. It is one of numerous examples of groundbreaking architecture spread across the country, including the Swiss National Museum in Zurich, the Cathedrale de Lausanne and Lucerne Station. Heer says Swiss architecture is characterised by ‘sobriety and the highest quality’.

Park Guell, Barcelona, Spain
While Antoni Gaudi is perhaps best known for the Sagrada Familia – his unfinished fairytale church in Barcelona’s Eixample district – it is the 17-hectare park he designed on the city’s Carmel Hill that is in the top three of the world’s most photographed locations.
Designed in the style of Catalan Modernisme – characterised by curved lines and bright colours – the park is best known for its famous terrace and iconic entrance, flanked by two Gaudi buildings. The architect mixed his trademark flamboyant style with the natural landscape to create dream-like structures that have been described as 'visual jokes, experimenting with the relationship between nature and architecture.'
Photographer Stefano Politi Markovina likes to visit early in the morning before the crowds appear. "Pavilions of contorted stone, giant decorative lizards, meandering rustic viaducts, a vast hall of lonely columns, carved stone trees. All the hallucinatory expression of Gaudí’s imagination and creativity was there for me only, almost."

Acropolis Museum, Athens, Greece
There’s no overlooking the magnificent Parthenon, the marble temple on the Athenian Acropolis built in the 5th century BCE. Packed with sculptures that are considered to be among the finest examples of classical art in the world it is a world-famous heritage site. Yet the modern museum that is located at the foot of the Acropolis attracts almost as many architectural photographers.
Built in 2009 to provide a permanent home for archaeological artefacts found at the site, the museum is a simple but dramatic concoction of glass ramps, roofs and skylights designed to best display its historic treasures. Award-winning photographer Danica O Kus was so fascinated by the building she made it a personal project to shoot. "I was inspired by the design which permits natural light to flow into the galleries and illuminate the sculptures," she told Archinect.

Reichstag Dome, Berlin, Germany
Designed by renowned architect Norman Foster the Reichstag Dome is a dome or cupola that sits atop the 18th century German Reichstag building in the capital Berlin. After the country’s chequered past, the futuristic, transparent design is intended to symbolise a united, democratic Germany.
Photographer Fabio de Farro who shot a series of black and white images of the building’s interior and exterior, describes it as 'truly an architectural wonder… a magical space full of harmony and symbolism. Gracious proportions between interior and exterior, balance between high and low, in and out, people and government, technology and environment.' The dome and its terrace is open to the public via online registration and offers spectacular views of the parliamentary and government districts.

This is just a selection of some of the best sights, of course. If you want to find out more about Europe and its architecture, check out this guide to bucket list architectural destinations; or the best architectural photography global travellers submitted to Arch Daily last year.